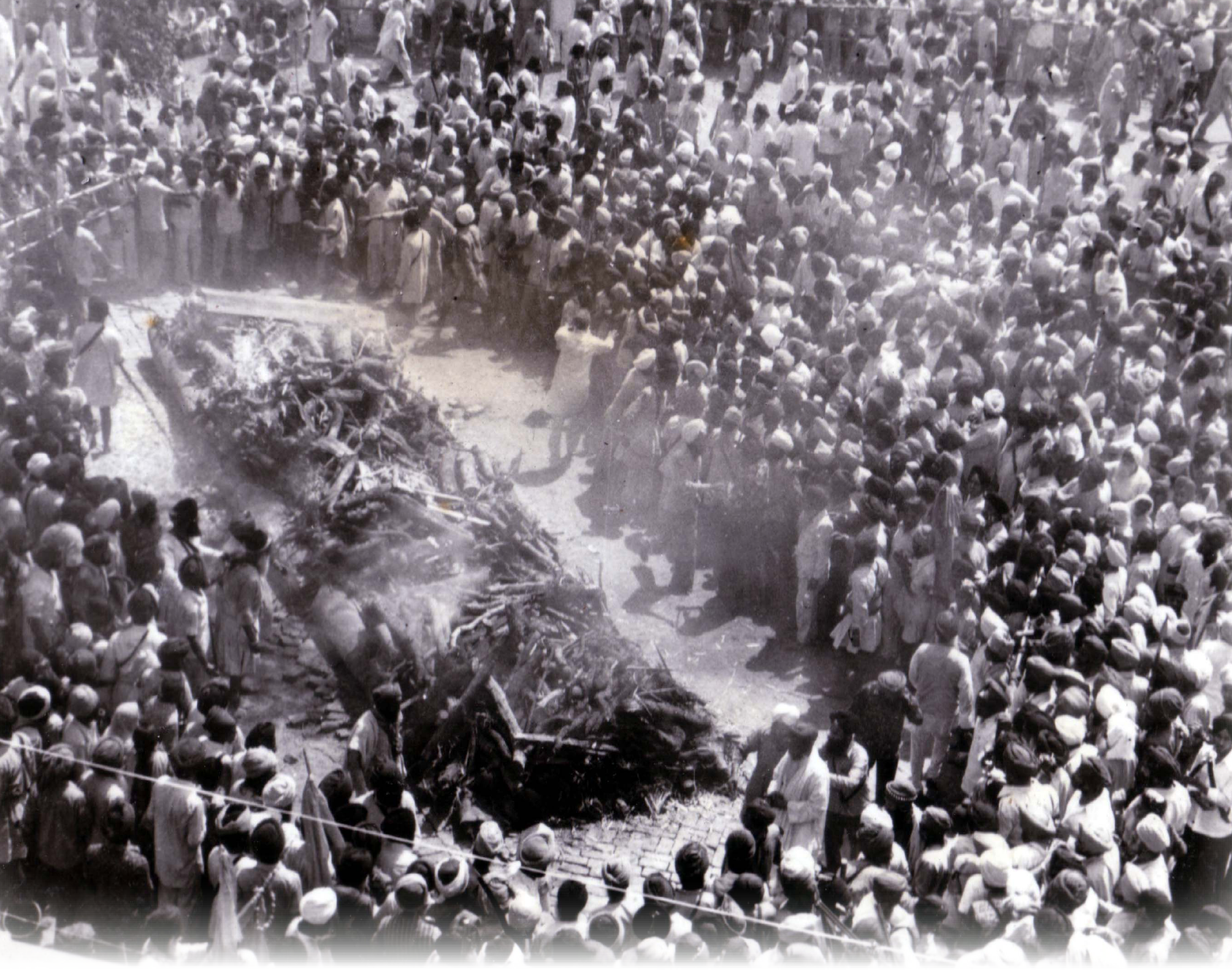 On Saturday April 15th an open pandal was set up outside Guru Ram Daas Sarai, where the bodies of the Shaheeds were placed for open view by the Sikh masses. To pay their respects to the martyred Gursikhs thousands of Sikh men, women, and children arrived from various towns, and villages across Punjab and neighboring states, including representatives from virtually all Panthic Jathebandis, Nihang Singh Dals, various Taksals and samperdais, and various Khalsa Diwans, Singh Sabhas, and organizations local and abroad. 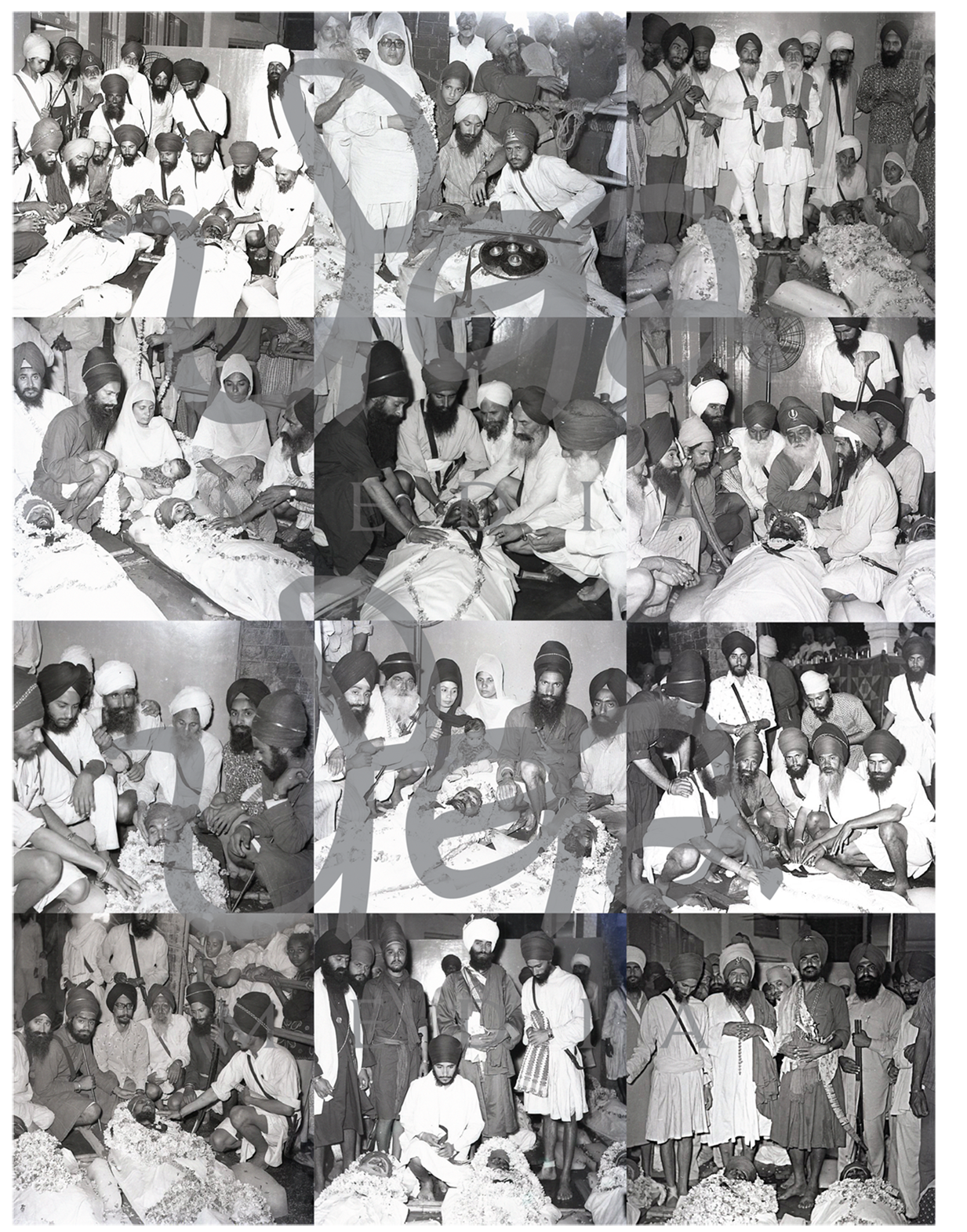 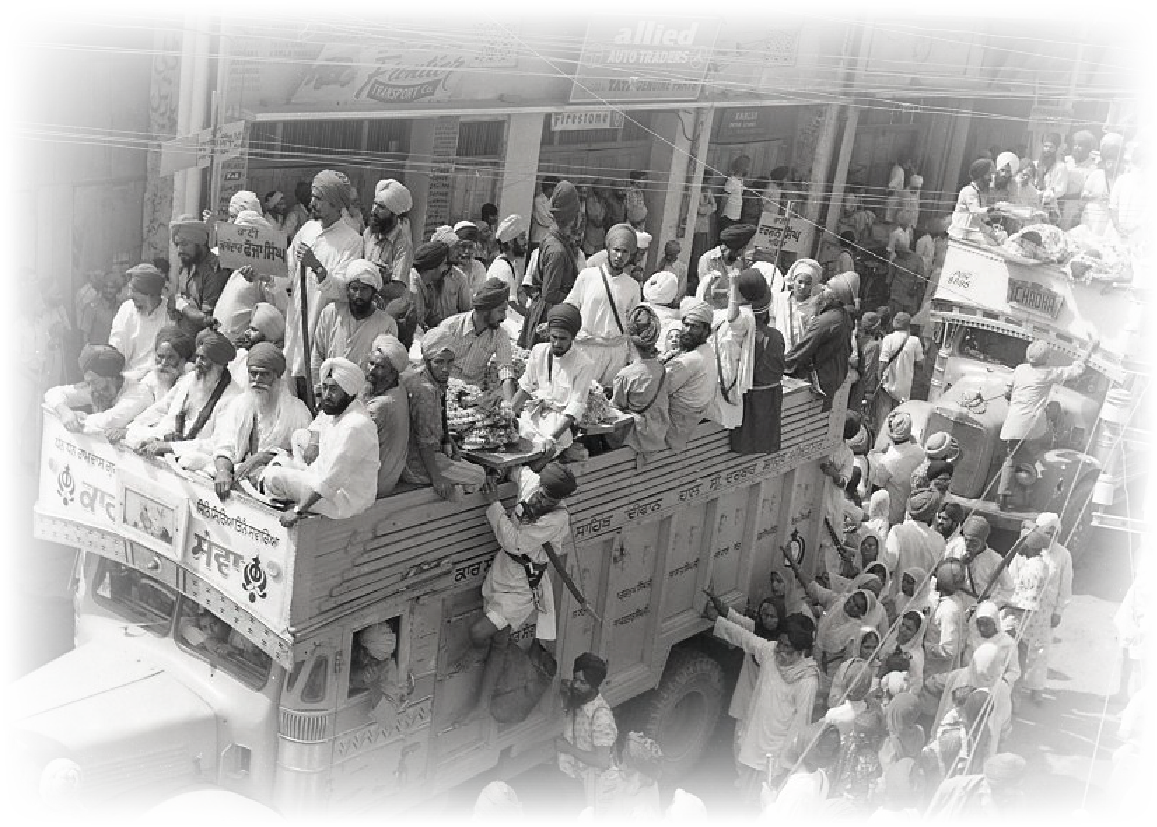 A large procession was organized from this venue through key areas of Amritsar Sahib up to an improvised cremation area, as thousands of Sikhs lined the narrow streets of Amritsar Sahib and rooftops of homes and buildings around the procession route. Prominent Sikh leaders and GurSikhs, including Sant Jarnail Singh Bhindranwale, Jathedar Jagdev Singh Talwandi, Jathedar Gurcharan Singh Tohra, Bhai Joginder Singh Ji Talwara, Baba Daya Singh ji Sur singh wale, and many others accompanied the large trucks carrying the bodies of the Shaheeds. It is estimated that between 25-30 thousands gathered in the city of Amritsar on this day. 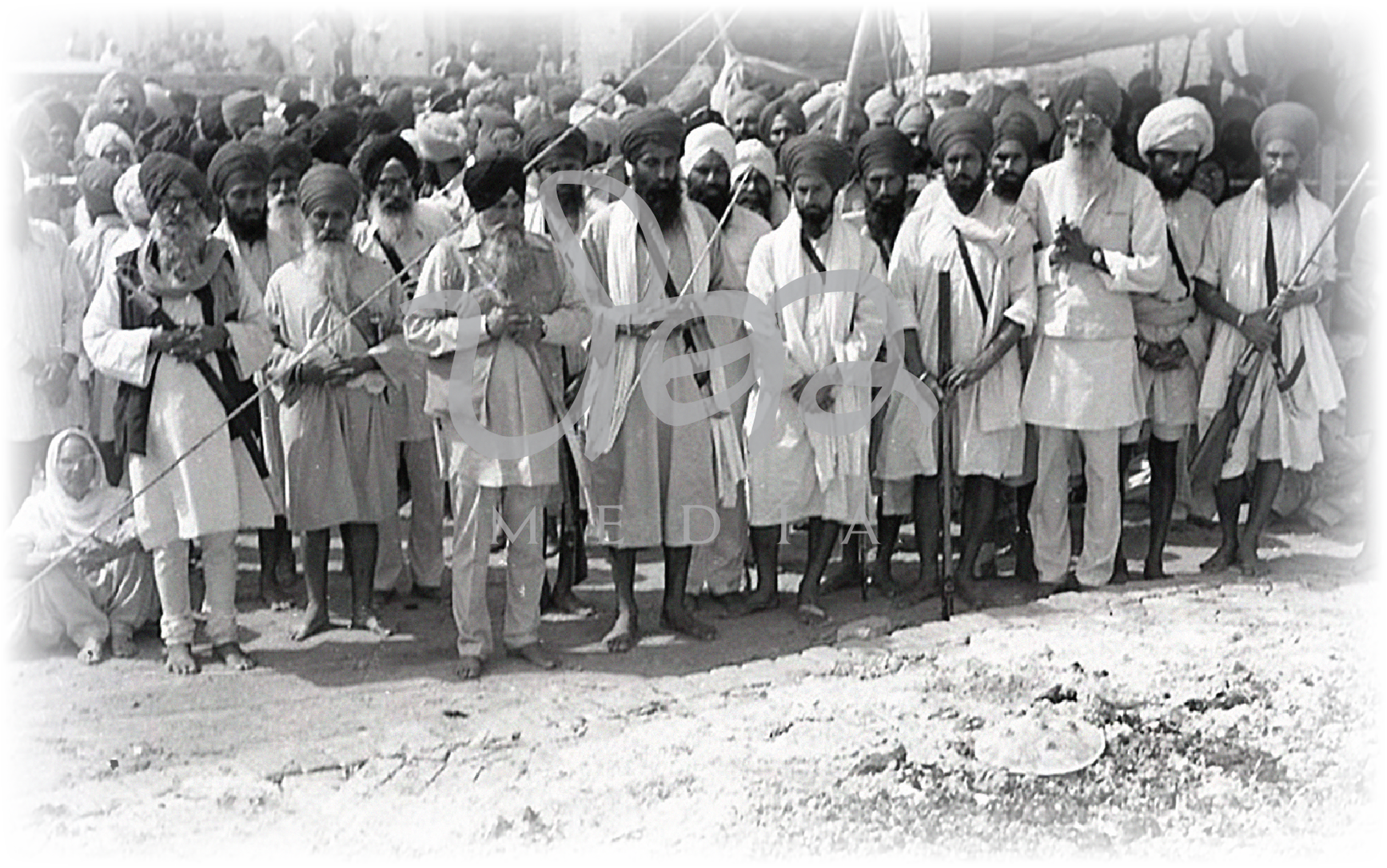 The procession ended at the improvised cremation grounds, where the final ardaas and Antim-Sanskar ceremony was performed for the Shaheeds. Their bodies - now adorned with garlands of flowers, and siropaos and dushalas of honorby Panthic organizations and dals - were placed side by side onto a single funeral pyre while the Sikh sangat and their relatives paid their final respects to their beloved Shaheeds.

After the Antim-Sanskar was performed, the ashes of the Shaheeds were respectfully collected. On April 17th they were collectively dispersed into the Beas river where Ardas was performed by Jathedars Jagdev Singh Talwandi and Gurcharn Singh Tohra. In memoriam, the site of Antim-Sanskar later became the site of Gurdwara Angittha Sahib in honor of the sacrifices of the 1978 Shaheeds - it is managed by the Shiromani Gurdwara Parbandhak Committee. On April 22nd, a large divan in the form of a ‘Shardhanjali’ Smagam was organized at Gurdwara Manji Sahib where Kirtan and bhog of the Sri Akhand Path Sahibs were recited in honour of the 13 Shaheeds. Jathedar Gurcharan Singh Tohra, Sant Jarnail Singh Bhindranwale, Sirdar Kapur Singh IAS, Bibi Harsharn Kaur, and other speakers honoured the sacrifice of the Shaheeds and questioned how such an horrific event could occur in the heart of Amritsar Sahib on Vaisakhi. They passed resolutions condemning the neo-Nirankari cult’s attacks on the Sikhs,and the government patronage given to them.